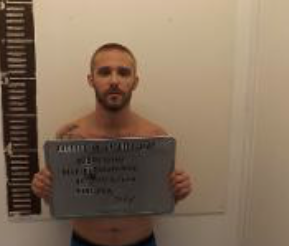 RUSSELL COUNTY – The Kansas Bureau of Investigation (KBI), the Russell Police Department, and the Russell County Sheriff’s Office, have made an arrest for first-degree murder.

According to a media release, an arrest warrant was issued for Jody S. Fox, 27, of Russell connected to the murder of a 14-month-old child. The child died in April 2017. Fox was in a relationship with the child’s mother.

Just after 1p.m. Thursday, Fox was arrested at 115 West 17th St. in Russell. He was booked into the Russell County Jail for first-degree murder, and abuse of a child.

The Kansas Attorney General’s Office will prosecute the case.