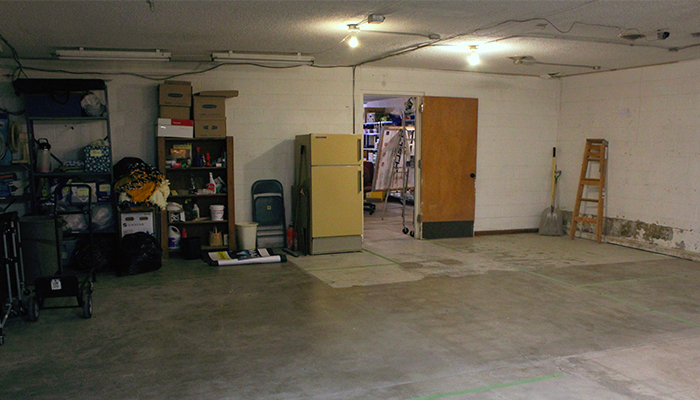 First Call for Help kicked off a fundraising drive Friday to raise $250,000 to remodel a portion of its building into a transitional housing unit.

First Call is calling the project First Step. It will include creation of a four-bedroom housing unit with a small kitchen/common area, as well as a laundry area. Each room will be able to house up to three people. One of the rooms will be handicap accessible.

The program is designed for women, families and couples living in Hays who are temporarily without permanent housing for a variety of reasons.

First Call hopes to begin construction in August with completion in early 2020. The goal is to raise an initial $250,000 by the end of the year.

“First Step Housing is about providing people a place to live temporarily while they try to get back on their feet, and we want to offer them all the support that we can,” said Linda Mills, First Call for Help executive director.

“If they are having trouble finding a job … if they have trouble budgeting their money, whatever the obstacles have been for them, we want to try to help them work through those. So once they have been there for six months, or earlier if that happens, they will be able to transition into their own place. They would be able to stand on their own two feet by then.”

Although First Call for Help will continue to aid the transient population that comes through Hays, those individuals will not be eligible for the First Step program, Mills said.

Laura Allen, client service specialist, said she talks to several families a week who are from Hays who don’t have a place to stay.

“There just isn’t anything. If they don’t have a friend to stay with, then they look for a shelter in a different city,” she said. “Some of them don’t want to do that because they have kids here or they have family here or they may have a job here.

“When a lot of people live paycheck to paycheck, they don’t have the money to come up with first month’s rent plus a deposit. Giving them the opportunity to have a place to stay while they work on that really gets them to the longer-term goal of not being homeless again.”

Mills said much of the homelessness in Hays is “found in the seemingly ordinary.”

“You may think they are in their car because they are waiting for someone to come out, but they may be living there,” she said.

People who spend time at the library or who sit at a convenience store, may also be homeless, Allen said. Mills added families might also be staying on people’s couches or doubling up with another family.

“I have talked to four people in the last two weeks,” Allen said, “one who needed to get out of his home situation because there was drug use and some physical violence there. He had nowhere to go, and I believe he is still there.

“One who is working on some mental health issues and lost her home, so now she is trying to figure out what she is going to do tomorrow as she goes through that process. Both of them had nowhere else to stay because they were at the mercy of somebody else where they were living.”

In advance of the capital campaign, First Call for Help has developed an application process as well as policies and procedures for First Step, Mills said.

First Call for Help already works closely with the Job Service Center and will continue to do that with this program. Program officials hope to work with extension to offer participants instruction on grocery shopping and meal planning on a budget, as well. First Step will also help participants apply for assistance programs, such as food stamps and Medicaid if they qualify.

Once the First Step program is established, First Call would like to offer some of these skill-building services to the First Call for Help’s other daily clients.

Mills told the story of a young mom who was temporarily without a permanent home. The family was living in a hotel, and the husband was watching the children while she worked. Her husband left the family. She was in the office talking to Mills about her situation, when school counselor called and said her daughter had been in the counselor’s office very upset and crying because she didn’t know where they were going to spend the night.

“That was kind of hard to hear, because there was not a lot we could do for her,” Mills said.

Mills said First Call can refer families to the Housing Authority, but that agency has a waiting list of up to two years.

The nearest traditional homeless shelter is in Salina. Allen noted members of the transient population will still likely be referred to Salina.

“I think one of the difficulties in rural areas is helping communities to recognize there is an issue with homeless or at high risk of homelessness,” Mills said. “I think that is true not just of Hays, but other rural communities as well. We can see it in the big cities pretty easily. We can drive downtown and you see it, but here not so much.”

Mills said this project will benefit the community as a whole.

“Those people who we are being helped through the short-term housing will be able to contribute to the community,” she said. “They will have a place to live. Their children will have some more stability in their lives. Living with housing instability — kids worry about where they are going to spend the night.”

First Call hopes to raise an additional $250,000 for future expansion.

“We don’t see this necessarily as the end nor the only thing we are going to do,” Mills said, “because we know there is still going to be more need out there. We are only going to be able to serve a small part of the population who needs (help).”

Listeners will be hearing regular messages about First Step Campaign on Eagle Radio of Hays stations through at least Thursday.