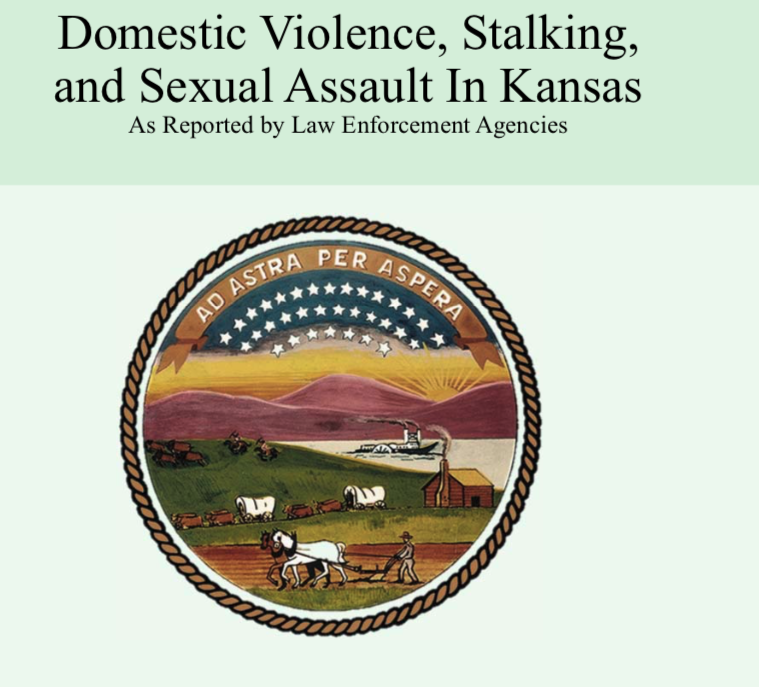 Kansans reported more sexual assaults, domestic violence and stalking to the police in 2018, according to a report from the Kansas Bureau of Investigation.

But the numbers don’t necessarily reflect an increase in those crimes being committed, KBI spokeswoman Melissa Underwood said.

“The statistics ONLY encompass crimes that are reported to law enforcement,” Underwood said in an email. “Crimes of domestic violence and sexual assault are underreported.”

There are many reasons people who experience sexual and domestic violence may not go to the police, said Valerie Guile, a therapist and advocate at Safehome, a domestic violence organization in Johnson County. Survivors may not trust law enforcement or may be scared their abuser will retaliate.

“They may fear not being believed,” Guile said, “or that if they reach out for help, nothing will happen to the abuser and they will punish the survivor.”

The 2018 statistics might also show more survivors are willing to come forward due to the “Me Too” movement, said Michelle McCormick, director of the Center for Safety and Empowerment at the YWCA in Topeka. In the same year, her organization saw more people take advantage of its sexual and domestic violence services.

“In many ways that’s a good thing that people are reaching out,” McCormick said. “I think that more people are finding their way to support services.”

The KBI compiled the statistics from hundreds of state, county, city and tribal law enforcement agencies.

There were 37 domestic violence homicides in Kansas in 2018, according to the report. Twenty-six of those deaths — about 70% — involved guns.

Nationwide, pro-gun control activists have argued that there is a link between guns and domestic violence. Over half of women killed by intimate partners are fatally shot, according to research conducted by anti-gun group Everytown for Gun Safety.

Even if a gun sn’t being used to hurt or kill someone, it can be used to threaten or intimidate.

And just having a gun in the home is a risk factor for an abuser potentially killing a partner or family member, Guile said. If a victim attempts to leave, the situation can turn violent.

“We know that that is one of the most dangerous times,” Guile said. “When an abuser begins to feel they’re losing that control, that risk for homicide heightens.”

Kansas has some of the least restrictive gun laws in the country. But in 2017, the state passed a law that bans people from owning firearms if they were convicted of domestic violence misdemeanors in the past five years or if they have a court order barring them from stalking or harassing a partner or child.

The legislation was intended to bring state statutes in line with federal domestic violence laws.

But enforcing the law can be difficult, McCormick said, and the burden is often on the victim to tell the police that their partner has a gun.

“There’s that challenge of actually getting folks to relinquish their access to the firearms,” she said. We’re putting too much pressure, once again, on the person who’s most vulnerable in this situation.”

Nomin Ujiyediin reports on criminal justice and social welfare for the Kansas News Service.  Follow her on Twitter @NominUJ or email [email protected]

The Kansas News Service is a collaboration of KCUR, Kansas Public Radio, KMUW and High Plains Public Radio focused on the health and well-being of Kansans, their communities and civic life.