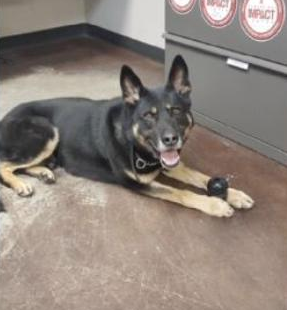 SEDGWICK COUNTY—Law enforcement authorities are investigating how a sheriff’s department K9 got out of his enclosure Sunday and bit a boy Monday morning.

Just after  7:00 p.m., Sunday, a K-9 named Bocephus with the Sedgwick County Sheriff’s department wandered from his home in the area of 21st Street North and 119th Street West, according to Lt. Tim Myers.

At approximately 5:30 a.m., the 14-year-old was walking the dog in the neighborhood in the area of 2000 N. Parkridge.  While the boy was attempting to remove the leash, the dog bit the boy on his chest and face, according to Myers.

The boy returned home, and the dog remained outside.  At approximately 6:00 a.m., the K-9 handler located the dog.

The boy was taken by his mother to the Wesley Minor Emergency Clinic for his minor injuries and returned home, according to Myers.