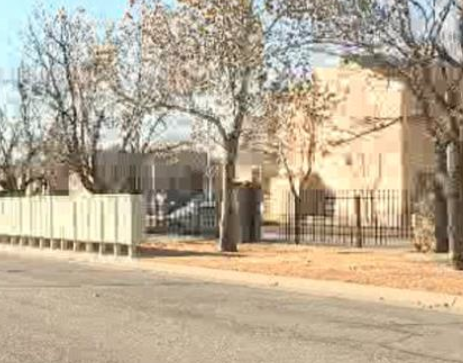 WICHITA, Kan. (AP) — Authorities say a man is suspected of shooting and critically wounding his girlfriend before fatally shooting himself in a Wichita home.

Wichita police said Monday the man involved in the Saturday night shooting was 23-year-old Brandon Sandoval. The woman’s name has not been released.

Wichita police said a man who lives in the home told police that Sandoval shot the 22-year-old woman during a fight. When officers got the woman on the phone, she told them she had been shot and then started screaming.

Police say as officers forced their way into the home, they heard another gunshot. The woman was suffering from a bullet wound to her abdomen and Sandoval was shot in the head. Police say his wound appeared to be self-inflicted. The roommate wasn’t hurt.

Just after 11:15 p.m., Saturday, police responded to a domestic violence with a weapon call at a residence in the 2800 block of south Emporia in Wichita, according to officer Charley Davidson.

A 23-year-old male resident reported to officers a physical disturbance between a 22-year-old woman and her 23-year-old boyfriend and that during the disturbance, the woman’s boyfriend had fired a handgun toward her.

Upon arrival, officers were able to contact the woman by phone who reported being shot, and then the she began screaming in distress.  Officers immediately made forced entry into the home, and they heard another gunshot.  Officers located the woman with a single gunshot wound to her stomach and her boyfriend with an apparent self-inflicted gunshot wound to his head, and a 24-year-old male roommate who was not injured, according to Davidson.

Officers began lifesaving measures on the woman before she was transported to an area hospital in critical condition.  Her boyfriend was pronounced dead on the scene.

Police have released not released the name of the victims or additional details.